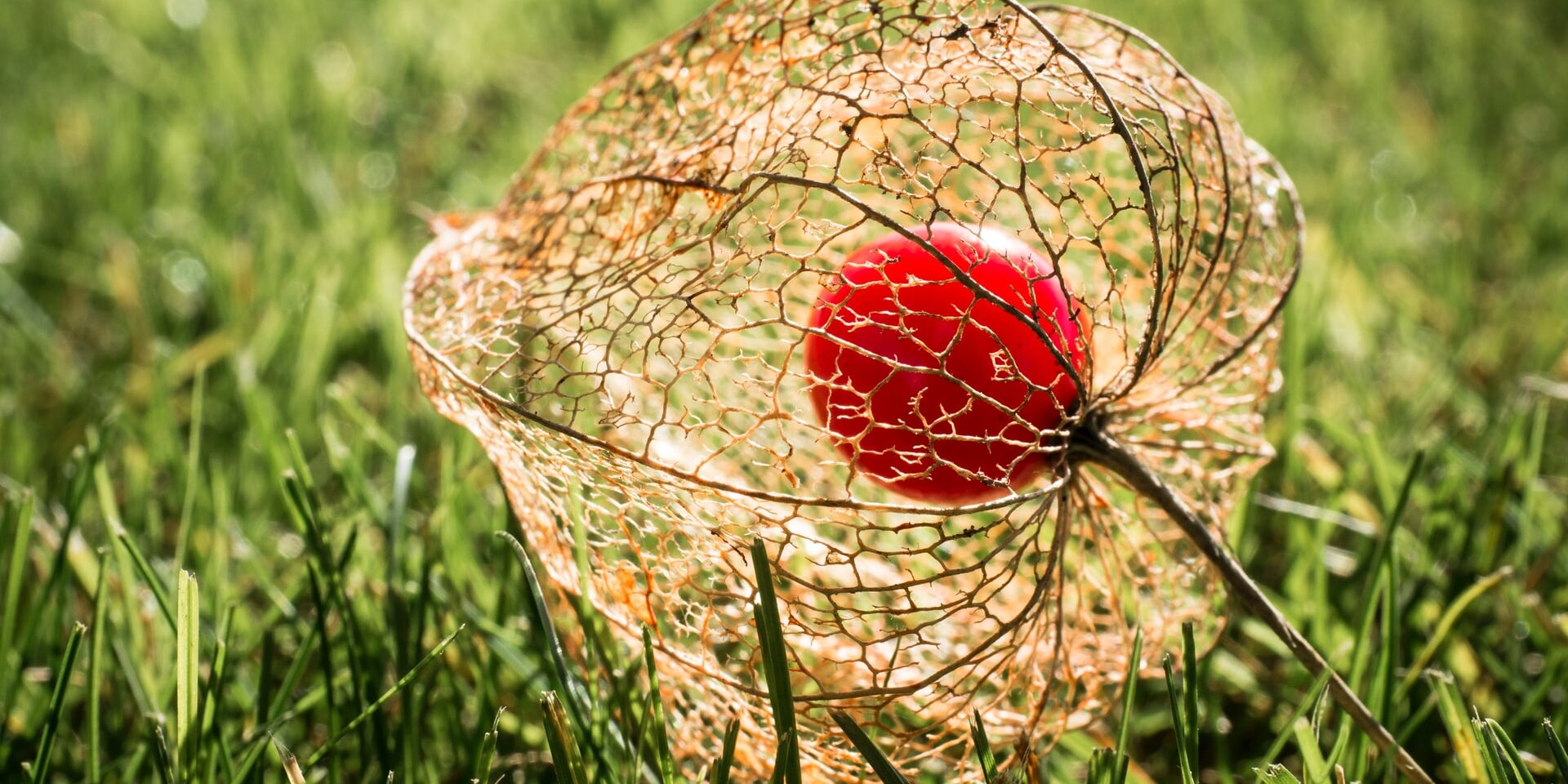 In 2013 the Nordic Council of Ministers launched a regional experiment called the Nordic Bioeconomy Initiative. Its goal was to “encourage a proactive response to climate change, open new markets, create new jobs, contribute to food security and public health, and secure access to bio-based feedstock in the Nordic countries and beyond.”

More specifically, the initiative sought to replace ecologically damaging fossil fuels, and their toxic chemical derivatives, with bio-based alternatives derived from regional forests, farmland, fisheries, marine plants and micro-organisms. Noting that roughly a third of such biomass was commonly discarded as useless waste, Nordbio’s vision was to use these residues as feedstock for bio-fuels, bio-chemicals and bio-plastics – goods that enable the creation of multiple higher value products.

This brief tells how UPM-Kymenne, a 140-year old Finnish forest products company operating in a traditionally slow-growth industry, used the NordBio ideal to radically reinvent itself into an innovation powerhouse by using biology as a catalyst. To convey its intention, UPM redefined itself to employees and other stakeholders as the “Biofore Company” – a name chosen to communicate its vision of using bio-technology to transform the forest industry into a source of “high quality alternatives to non-renewable materials, both profitably and responsibly.”

UPM’s vision became reality in 2015 when it opened its Lappeenranta Biorefinery: the world’s first commercial-scale refinery to produce biofuels, bioplastics and biopharmaceuticals from sustainable forest resources. Located next to its large Kaukas pulp and paper mill, the refinery had access to diverse waste streams including crude tall oil, a byproduct of pulp manufacturing from softwood. By making use of this residue UPM was able to manage the wood it harvests for pulp making more efficiently. The mill’s main product is bio-diesel, a sustainable alternative to fossil fuels that emits 80% less carbon dioxide than fossil fuels. It also produces renewable naphtha, a raw material for the manufacture of biochemicals and bioplastics.

The success of Lappeenranta, and UPM’s speed of bringing it on line, was quickly reflected in the price of UPM stock, which more than tripled in value during the eight years since Biofore was launched (2013 – 2020). By comparison, the shares of US forest products giants International Paper and Weyerhaeuser either idled or lost value during this time.

As a frame of reference, prior to reinventing itself UPM shares traded in parallel with other companies in the cyclical forest products industry, including its US peers. Therefore, it is fair to say that UPM’s Biofore strategy made a significant difference in its value-added capacity. As one of the world’s largest forest companies with 570,000 hectares (1.43 million acres) of forest in Finland plus another 330,000 hectares (825,000 acres) in Uruguay and North America, investors were quick to see that UPM had the resources to create a global network of bio-refineries.

Based on the initial success of Lappeenranta, which produces 130,000 metric tons of refined products, UPM intends to build a similar biorefinery in either Kotka, Finland or in Amsterdam, a global transportation hub in the Netherlands. (The two cities are competing for the privilege of hosting the refinery.) With an expected global capacity of 500,000 metric tons per year of advanced biofuels for use in road transportation, marine and aviation markets, the new biorefinery will increase utilization of regional forest bio-wastes and its fuels will decrease greenhouse gas emissions equivalent to three times those of a city the size of Helsinki.

UPM is presently building a new genre of biorefinery in Leuna, Germany that will convert solid wood into next generation biochemicals for use in manufacturing textiles, renewable plastic bottles, pharmaceuticals, cosmetics, detergents and adhesives. With an annual capacity of 150,000 metric tons, it will significantly reduce CO2 emissions compared to similar fossil fuel based products. Scheduled to start up by the end of 2022, the biorefinery will process hardwood residues from sustainably managed forests in Central Europe.

Strategically, UPM’s advances in the field of chemistry focus on three generic offers. The most basic of these are chemical building blocks (CBB) made from renewable lignocellulosic biomass. Used in diverse industrial goods and consumer products, these provide low carbon alternatives to petroleum based CBBs, enabling corporate users/partners to reach their sustainability goals at cost competitive prices. According to the Green Chemicals Blog, the market for bio-CBBs is growing at a compound annual growth rate (CAGR) of 8 percent and is expected to attain volumes of 3.5 million tons by 2021.

Lignin, a second bio-ingredient, is Nature’s glue with applications in a rapidly growing number of industrial products, such as epoxy resins, plastics and polyurethanes. Found in the cell walls of plants and trees, it is one of the most abundant biopolymers on Earth and an effective alternative to fossil-based raw materials like phenol. Since the global market for phenol is expected to be 11.6 million tons by 2020, demand for safer organic lignin has vast growth potential.

UPM’s third line of biochemical offers include micro and nano-fibrillar cellulose products, which are becoming effective media for bio-medical research and cell-based therapies. One of its most promising products is a nanocellulose hydrogel called GrowDex, which enhances the stability of mesenchymal stem cells used in medical research. Since it is plant-based and sterile, it is a safe medium for growing human tissue without risk of contamination. To demonstrate its versatility, the Division of Pharmaceutical Biosciences at the University of Helsinki has used GrowDex to grow a miniature liver for testing drugs. That, of course, suggests the possibilities of using it to grow human tissue and spare organs using 3D cell growth. To advance such developments, UPM sends samples of GrowDex to researchers around the world.

UPM’s bio-economy partnering arrangements with peer industrial companies, start-ups, research institutes and universities is a wonderful example of symbiotic innovation. By helping others develop new uses for GrowDex, it has optimized utilization of its forest resources while increasing demand for its products. Further, by deriving all its products from certified forests, and creating them in ways that reduce humanity’s ecological footprint, it has taken symbiosis to a higher level. As President & CEO Jussi Pesonen noted in UPM’s 2017 annual report, this has increased employee engagement because it inspires them with a sense of purpose to lead the world in a harmonic new direction.

The operating leverage of such employee engagement is hard to overstate. At mid-year 2021 UPM had a strong balance sheet with a significantly lower debt/equity ratio than comparable US companies plus a stronger operating cash flow. In addition, it was the only forest products company named to the United Nations Global Compact group of sustainability leaders based on its performance in areas such as environment, human rights, fair labor practices and anti-corruption.

Mental health and the pandemic: is there a green antidote?
March 17, 2021

Why Nature connection is essential to the Regenerative economy
January 4, 2021

Nature as the forgotten pillar of Health
December 20, 2020
Search our website
Upcoming Events 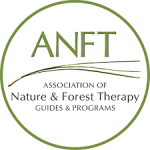 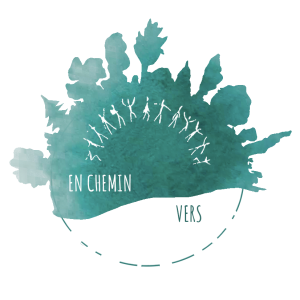